READ ALL ABOUT IT…

Read about our latest news, thoughts about the industry and essential music and band related advice… 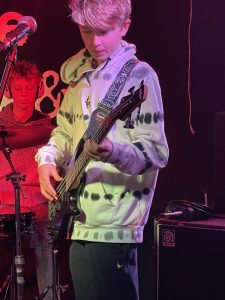 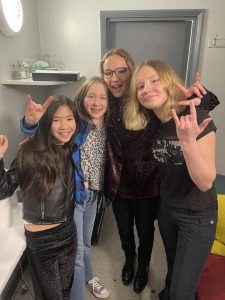 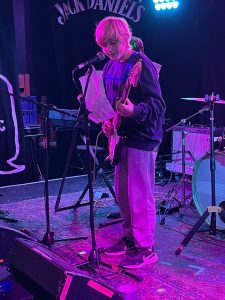 It’s been TWO YEARS since Band Project students have had a chance to perform in end of term gigs. To say we were itching to get them back on the stage was an understatement! Performing live gave everyone the chance to grow in confidence, improve ability to think on their feet and reconnect with each other through the joy of music. Every student put their heart and soul into each performance, giving the audience a pre-Christmas buzz that left everyone on a high. The new term has never looked so bright!

Our primary focus last term was to get a whole term’s worth of lessons in, which provided a big psychological milestone for our students. It meant that every child had at least one element in their lives that had returned to normal, with a gig providing a familiar, comforting milestone for those that had done one before and a new, exciting focus for those that hadn’t.

During the gig itself, we were particularly impressed by the level of calmness that came from those that had done a gig before. The gig was a known quantity that they could ease into and have fun with, boosted by the immediate and enthusiastic response from audience members. Students who hadn’t done a Band Project gig before were naturally nervous about the prospect, but did it anyway, showing true grit and determination. Every student exceeded expectations and it was wonderful to see how each group had their own identity with the music they had chosen to work with. We always encourage our students to have ownership of their band and the material they choose, so to see this in action was incredibly rewarding.

This term, we’re homing in on developing skills learnt last term, building off the back of such a successful gig. Everything has been so up in the air education wise for all our students which has meant for a stressful and uncertain time. Socialising with one another through musical engagement can help students release anxiety, expand communication and encourage patience and understanding. During our current times, this has never been more important. We’re so pleased to be able to provide this opportunity, a consistent slice of normality for everyone and another end of term gig for students to keep in their mind’s eye whenever they find life turning topsy turvy.

We look forward to seeing you all at the end of the Spring term for what we’re sure will be another set of gigs where students amaze, inspire and move us.